Home    About Us    Success stories

Mohammad Al-Masum Molla, a student of the 30th Batch, received the Vice Chancellor’s Medal for excellent results in BSS (Honors) program at the 2nd Stamford Convocation 2012. He secured CGPA 3.98 in BSS (Honors) Exam and CGPA 3.79 in MSS Final Exam. Masum also got ‘DRU Best Reporter Award-2017’ for his reporting on Liberation War category. He is now working with the Daily Star as a Staff Reporter. 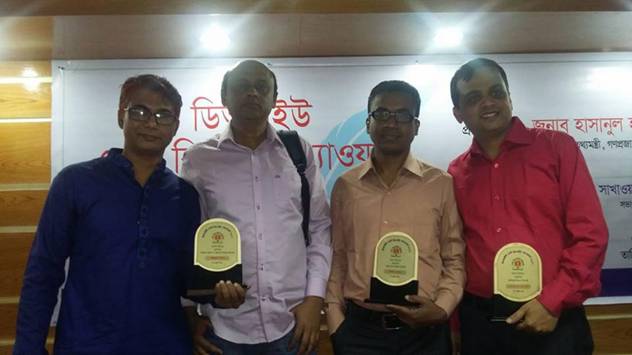 G. M. Fahad, a student of the 30th Batch, received the Vice Chancellor’s Medal for excellent results in MSS Final Exam at the 2nd Stamford Convocation 2012. He secured CGPA 3.88 in MSS Final Exam. He also completed his  BSS (Honors)  program with CGPA 3.85

A. M. Ahad, a student of 33rd Batch, is working as a Photojournalist with the renowned international news agency ‘Associated Press (AP)’. He has already made his mark as an outstanding photojournalist. 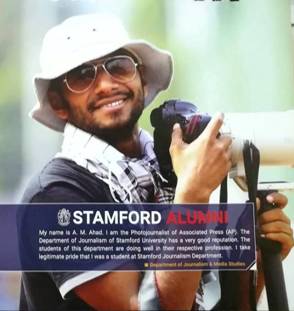 Sanjana Chowdhury Oishee, a student of the 36th Batch, is working as a Broadcast Journalist at the international media ‘British Broadcasting Corporation (BBC) World Service’. Sanjana passed BSS (Honors) Program from the department and secured CGPA 3.90 in the Exam. 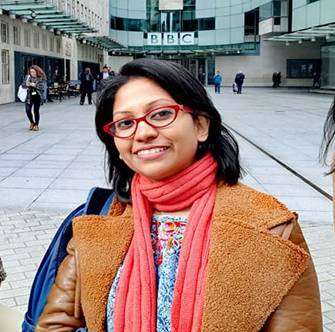 Farhana Taher Tithi, a student of the 33rd Batch, got ‘UNICEF Meena Award’ in 2016 while she was working as a Staff Reporter in Maasranga Television.

Anowar Hossain a student of the 32nd Batch, got ‘UNICEF Meena Media Award’ in 2016 while he was working as a Staff Reporter in Maasranga Television.

Saifuzzaman Mehraba student of the 48th batch, got Vice Chancellor’s Gold Medal Award at the 3rd Convocation of Stamford University Bangladesh in 2018. He secured CGPA ---- in BSS (Honors) Exam. 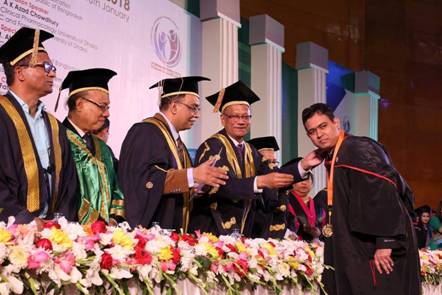 Mohammad Omar Farok, one of our students 0f the 53rd batch of the department, got UNICEF Meena Media Award consecutive five times for his outstanding reports for five times (2011, 2012, 2016, 2017, 2018) in different Reporting Categories. Besides, he achieved two prestigious Fellowships in Reporting in 2014 and 2018 funded by USAID and the Netherland Government. Now he is working in Daily Manobzamin as Staff Reporter. 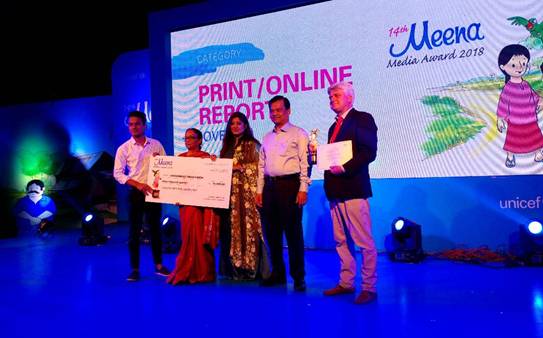 Jamil Ashraf Khan Noyon, a student of the 48th batch, got ‘UNICEF Meena Media Award’ in 2013 in two different categories. Now he is working as director and script writer in a production house named Eye Films. 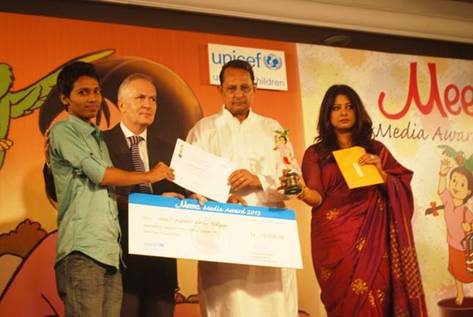 Farid Ahmed, a student of the 39th batch, got NBR Best Reporter Award for his outstanding report in 2017. Ministry of Finance & National Board of Revenue Jointly gave this award. Farid is now working as senior reporter in poriborton.com, a online news portal. 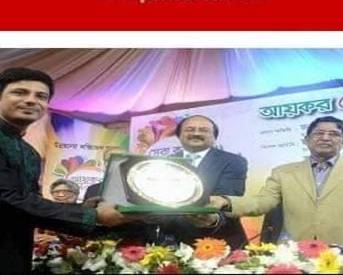 Zahidur Rahman, a student of the 47th batch, got TIB Investigative Journalism Award-2018 jointly with Razib Nur, Special Correspondent, Daily Samakal in Print Media (National–climate Finance Governance) category. He got UNICEF Meena Award in print Media Category in 2014. Zahid also got a fellowship award for his reporting on food rights in 2018. Zahid is now working as sub editor with Daily Samakal. 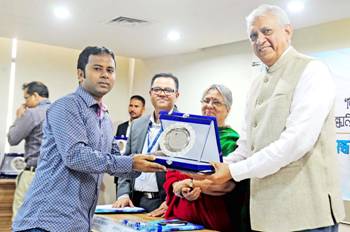 Mohiuddin Modhu, a student of the 54th batch, won championship in different Debate Competition. He was the champion of JUDO Economics Nationals-2012 organised by Jahangirnagar University. He won the championship and best debater of the tournament in the 9th and 10th  Stamford Inter Department Debate Championship consecutively. He is now working with Somoy Television as Broadcast Journalist and Anchor. He is also the organizing secretary of Bangladesh Debate Federation (BDF). 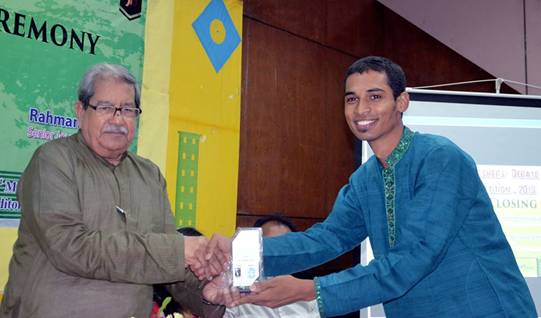